RAISED IN CAMBRIA HEIGHTS, HE WON THE BELT THEN APPEARED IN ‘ALI’ 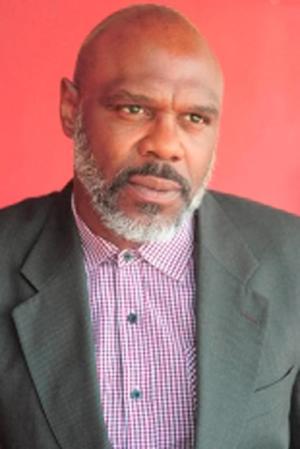 It was 25 years ago that Michael Bentt knocked out Tommy Morrison in the first round of their title fight to become the World Boxing Organization Heavyweight champion.

The victory for Bentt, who was raised on 209 Street in Cambria Heights, was considered a major upset as Morrison entered the fight with a 38-1 record and 35 knockouts.

Ever since Bentt began boxing he wanted to hold the title belt.

“My aspirations were always to be a champion,” Bentt said. “Why else do it if not to have that goal?”

He was born in the UK and came to the United States at 5 years of age. Several years later, his parents divorced. His mother moved to an apartment a few blocks away before eventually relocating to Forest Hills.

Bentt attended IS 59 and Aviation High School, but didn’t enjoy being in the classroom. He would take books out of the school library and read them on the train all day.

On a nice day, he would ride the No. 7 train, go to Flushing Meadows Park and read under the Unisphere.

“That was so tranquil for me, man. I’d just sit there and read and just watch things,” Bentt said. “I didn’t realize it then but I was drawn to it.”

Bentt, a self-described “massive Yankees fan,” would be Chris Chambliss when playing stickball with his friends in the street. His most enjoyable moment growing up came when the Yankees beat the Red Sox on the final day of the 1978 regular season to clinch the division title.

“All the kids who played baseball, and loved Yankees baseball, ran out onto the block at the same time,” he said. “We hugged each other. That’s one of the sweetest moments I experienced in Queens.”

Not only that, but Bentt doesn’t even consider boxing to be a sport.

“It’s an activity that one either survives or you don’t,” he said. “It’s not a sport to me. We’re athletes but I don’t think it’s a sport.”

Part of his interest came simply to please his father, who worked in construction.

“My dad was a big boxing fan, I was trying to please dad, which I realized years later thanks to therapy,” he said, laughing.

Bentt added, “I would always watch fights and think I was going to be like Muhammad Ali. Or think I want to be where he is or do what he does or have people like me like he does.”

Bentt said there is an image of street-hardened kids who fight from Brooklyn or the Bronx but he was raised middle class.

“Now I will say this. Kids who box, whether they’re middle class or not, for the most part I think you probably had a really, really [messed] up dysfunctional relationship with your father,” he said.

Bentt says his father was narcissistic and horrible to deal with, and compared him to Idi Amin.

He dropped out of high school when USA Boxing sent him a letter inviting him to be on the national team. He said his father “would like nothing better than for me to be the next Muhammad Ali. So he said, ‘Yeah, drop out.’”

Two weeks later he was on a plane to Colorado Springs to train with the team, then he went to compete in Sweden, Copenhagen and West Germany. “I’m like, ‘Yeah. OK. This is it,’” Bentt said.

He was a three-time member of the All-American National Boxing team and won a gold medal at the 1985 North American Championship.

He missed out on the Olympics in 1988 though, finishing second to Ray Mercer, the eventual gold medalist. He was allowed to fight with the Jamaican team as his parents were Jamaican citizens but he would have had to relinquish his American citizenship had he gone to Seoul for the games. Bentt said missing the Olympics was “traumatizing.”

He turned pro in 1989 with legendary trainer Emanuel Steward. Bentt received a sizable bonus for signing. “You would think going along with that, I’d be protected, at least in my mind, my immature mind,” he said.

“I was under the illusion that I would be given 25 bums and then I would sashay into the ring with Mike Tyson because I’m Michael Bentt.”

In his first pro fight, Bentt was knocked out in one round by Jerry Jones.

“Everyone who was supportive of me as an amateur seemed to speak to me and look at me with disdain,” he said.

In hindsight, the loss turned out to be a positive. “That was the most valuable lesson I ever learned in preparation for Tommy Morrison,” Bentt said. “It was a horrible and bitter pill to swallow but if I don’t get knocked out by Jerry Jones in 1989 in Atlantic City, I don’t beat Tommy Morrison in 1993 in Tulsa. I don’t.”

He said that he’s big on losing and acknowledged that everybody loses at some point. But it was one of his most challenging periods as an adult. “I knew this was my calling,” Bentt said. “I had to do it but I was afraid of it. I didn’t want to be humiliated again.”

After the Jones setback, Bentt won his next 10 fights and was given a shot against Morrison, who had co-starred with Sylvester Stallone in “Rocky V.” Morrison had won 35 of his 38 fights via knockout and had recently won a decision over George Foreman to capture the title.

“I’m out,” Bentt said. “All I hear is my trainer in the background saying, ‘Stop! Stop! No!’ He was telling the guy not to hit me again. Think about my mindset. It’s a month away and I’m getting hurt by a light-heavyweight. This fight with Morrison is not going to go well. But you have to act like it is going to go well.”

The fight was in Oklahoma, Morrison’s home state. And if Morrison won, there would be an $8 million payday for the champ against Lennox Lewis.

Bentt says that he saw fighters as good as Morrison in the amateurs and believes he could have knocked out most of the opponents Morrison stopped.

Then less than a minute into the fight, Morrison had Bentt on the ropes.

“Was I concerned? That’s an understatement,” Bentt recalled.

With the crowd expecting a Morrison win, Bentt stunned the champ with a right hand. After a barrage, Morrison went down. He got up but Bentt knocked him down a second time and then a third time for an automatic stoppage. Bentt was the champ.

“At that level it’s all timing and luck,” Bentt said of the pros. “And what’s luck? Luck is when opportunity meets preparation.”

While most of the media attention was focused on Morrison, the Oct. 29, 1993 bout was the highlight of Bentt’s professional career. And there would be no rematch.

“Could I have knocked out Tommy Morrison again? Probably not,” Bentt said. “No. Of course not.”

In his first title defense, Bentt was knocked out in the seventh round by Herbie Hide. Bentt went into a coma for four days and his fighting career was over at 30. He compares knowing he should no longer fight to the feeling of hearing a girl doesn’t like you for the first time.

“Losing on a high-profile platform like that, that [stuff] crushes you, man,” he said.

With his fighting days over, he was hired by Bert Sugar to write for his magazine “Fight Game” and contributed a number of essays.

When the movie “Ali” starring Will Smith was cast, Bentt landed the role of Sonny Liston, the feared heavyweight champion of the early 1960s.

“Anytime you get a chance to tell a major Hollywood star that you’re going to kick his a–, that’s a good thing,” Bentt said. “And to get paid for it.”

He got the role over Ving Rhames, who congratulated Bentt and recommended he go to Liston’s grave for inspiration. Bentt says he knew some of the mechanics of an acting performance and the rest he learned from watching and “stealing” techniques.

The former champ said Smith nailed him in a sparring session, but he decided against hitting him like he wanted to as pummeling the star of a blockbuster movie was likely not in his best interests.

Bentt did praise Smith, as the Fresh Prince of Bel-Air received his first Academy Award nomination for his portrayal of Ali.

Bentt added that the fight scenes were some of the most realistic for a Hollywood movie, in his biased opinion.

He later had a part in “State Property 2” directed by Damon Dash, former manager of Jay-Z. Bentt says the movie is an underground classic in the hip-hop world.

Bentt joked that he doesn’t get recognized too often: “I’m not Denzel Washington.”

After residing in Los Angeles for 15 years, Bentt moved to Atlanta, where he has lived for the last five years.

“As the way of an actor’s life, you have to hustle work,” he said. “Even if there’s no work you have to find work.”

The former heavyweight champion is always on the lookout for his next acting gig.