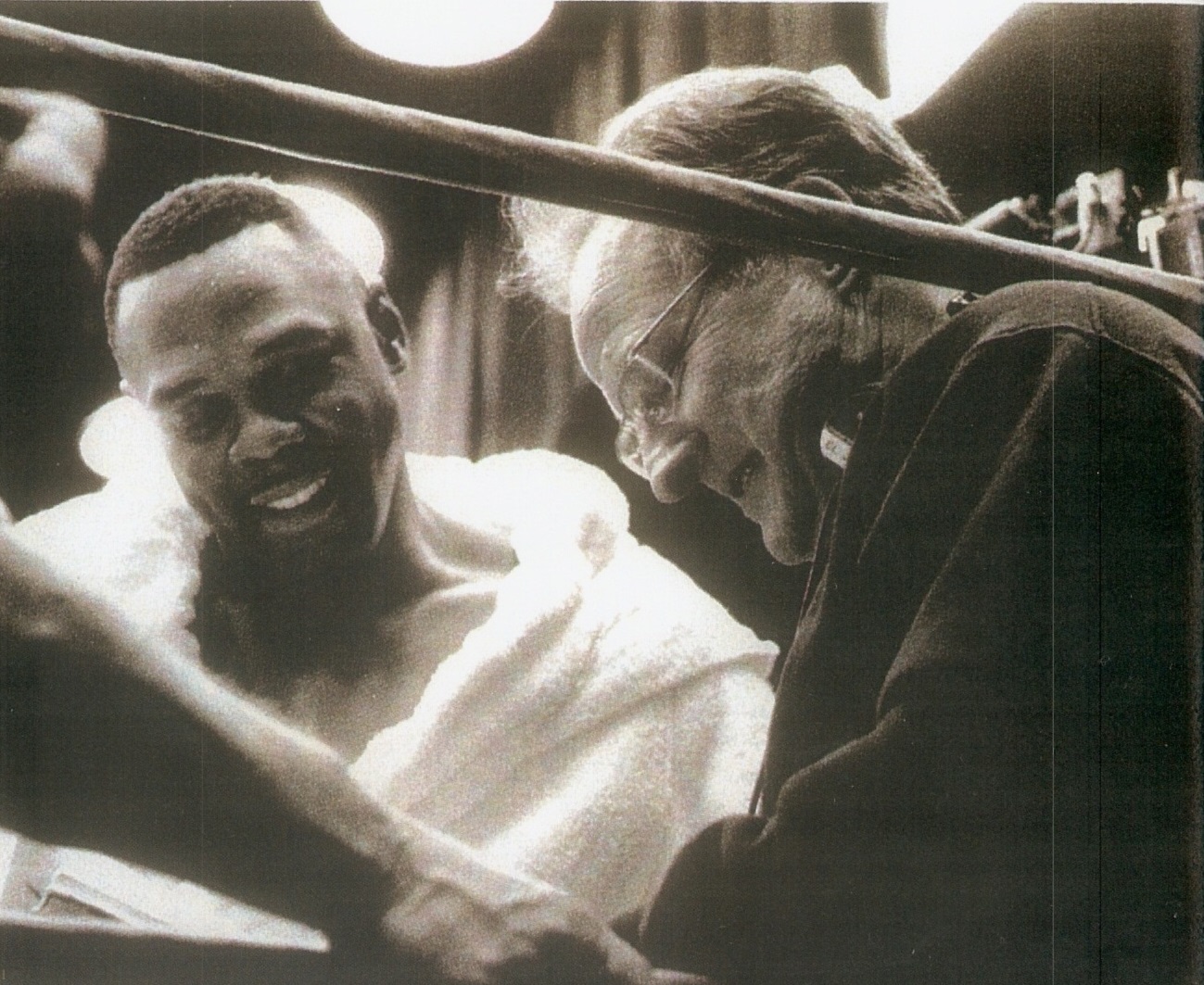 Anyone who knows me at all was well aware that I would be one of the first to stand in line to watch the new film “Ali”, starring Will Smith as the boxer dubbed “The Greatest”. And it’s not that I’m just a big boxing fan, which I surely am, but for a host of other reasons as well.

First off, of all the boxers I have seen climb into the ring over the years, Muhammad Ali stands tall above them all in so many ways. It would take more space this newspaper has for me to list all the reasons why, but the short version of it is this: He was everything a boxer is supposed to be, everything a movie star was supposed to be and everything a civil rights leader was supposed to be. He was all this wrapped up in one man, a man who was heavyweight champion of the world.

To this day I list meeting the man — which I did several years ago — as one of the standout moments of my life.

But there was another reason for seeing the movie beyond the legend of Ali. As it turns out, the man playing Sonny Liston, whom Ali lifted the world title from in 1964, is Queens’ own Michael Bentt, the one-time World Boxing Organization heavyweight champion, a man I interviewed more than two years ago.

The story of Bentt’s career is a stark contrast to the career of Ali’s. Bentt was never widely recognized as a great fighter, never considered the true heavyweight champion and certainly never attained anywhere near the level of celebrity bestowed upon Ali.

Still, Bentt’s story was no less remarkable when he told it to me in the summer of 1999, a five-time amateur champion who lost his first pro fight before rebounding to climb his way to a shot at Tommy Morrison for the WBO crown. He KO’d Morrison in the first with a massive right hand, but his reign would not last long.

In his first defense he nearly died losing the bout to Herbie Hide via the knockout route. Depression followed, including a flirtation with suicide before he bounced back again to rebuild his life outside of the ring.

Since then, however, I have lost contact with Bentt. As it turns out, not long after we spoke he began pursuing the role to train Smith for the movie, a role that eventually went to Hollywood veteran Darrell Foster. But about six months prior to shooting the film Bentt ran into Damon Bingham, son of Ali photographer and executive producer Howard Bingham and inquired who was playing the role of Liston. He then flew to Las Vegas and took a bus to Los Angeles and knocked on the casting director’s door.

“I begged, pleaded, did everything, asking to read for the part,” Bentt said in an HBO online chat prior to shooting. But it was friend/producer Fred Berner and writer/director Ron Shelton who finally got Bentt a reading. The rest is history.

For months Bentt worked with Foster and Smith on mastering the moves of the legendary fighters and their two titanic bouts in the mid-1960s. The result is an uncanny recreation of two bouts which left an indelible mark on not only boxing, but the world as we know it.

Bentt’s performance in the film is largely physical and spans over the first hour or so of the close to three hour movie. For the most part — when he is not in the ring — Bentt glares menacingly at Smith during the now infamous pre-fight weigh-in for the first Ali-Liston fight in which Ali launched into a verbal tirade at the sight of Liston, having to be held back by handlers from attacking the then-champion. Smith recreates Ali’s tantrum to a tee, while Bentt as Liston sits in stoic silence.

Bentt’s best line of the film, however, comes as he exited the room with Smith still whooping it up. Bentt turns and shouts something entirely unprintable in these pages, leaving complete silence in his wake. It is a classic moment, one that drew both laughs and gasps from the audience.

“I’m bringing to life a legend, Sonny Liston, an essentially you wouldn’t have Cassius Clay/Ali if you didn’t have the figure, who is just this monster of a man,” Bentt said in the online chat. “To portray Sonny accurately — his outside ring life, his brushes with the law — all those things come into play. He was tormented, and Cassius had an uncanny ability to tap into that and exploit is. My job is to do that role justice, and to do Sonny’s memory justice.”

As for the two fight recreations, the first bout, which culminated Ali’s rise to the championship, is masterful. Both Smith and Bentt are brilliant in mimicking the actual fight. Bentt in particular catches Liston’s essence in the ring, that of a bully with average skills and excellent power, who when faced with an unconquerable opponent, collapsed in upon himself.

Smith tackled his role with such vigor that the fight sequences were not choreographed as actually recreated, with the actors exchanging blows, something that Smith learned was no easy task.

“When Michael Bentt hits you on your forehead, you try not to let that happen again,” he said in the online chat.

Bentt can’t play Sonny Liston forever, but it was nice to see that his career outside the ring has taken flight. Hopefully there will be more movies in his future, something that seems a certainty based on his performance in this outing.