Home / With help from NCC professor, ‘Ali’ actor Bentt gets up off the canvas

With help from NCC professor, ‘Ali’ actor Bentt gets up off the canvas 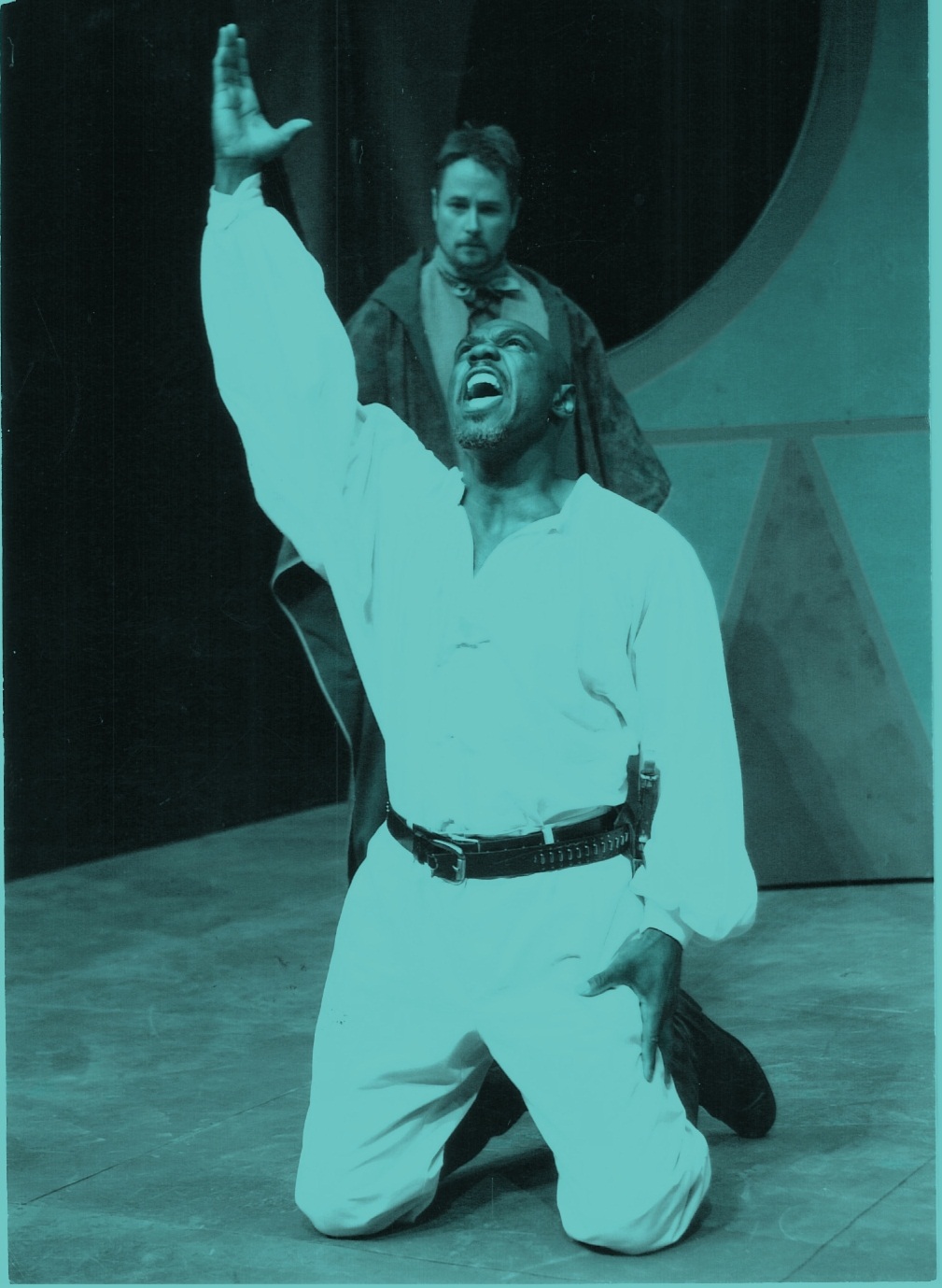 Talk about having the right people in your corner.

It was the summer of 1995 when the London-born, Queens, N.Y-reared boxer decided to relocate to Brodheadsville in Monroe County. Not only had he been knocked out during his last professional fight, he had been knocked into a four-day coma.

When he finally got out of the hospital, Bentt was told by his doctors that it was time to leave the fight game behind. Initially, he felt skeptical about making such a big life change.

“I had no outlet for all my energy,” says Bentt over the telephone from his home in Playa Del Rey, Calif. “Boxing was how I expressed myself. I started to get very depressed. I thought about suicide constantly.”

Acting saved his life. That fall, at the age of 30, Bentt became a communications major at NCC in Bethlehem Township. As a lark, he signed up for an acting class with Roberts.

“The bug bit me,” says the former boxer. “I did a couple of plays, but it wasn’t the applause that motivated me. It was Norman explaining the process of how an actor becomes the character he’s playing. I realized the challenge of it.

“The first time I recited Shakespeare in Norman’s class — we did “Hamlet’ and I was the Gravedigger — I knew I wanted to do this for the rest of my life. I just ran with it.”

At the same time he was discovering the joys of acting, Bentt was developing his talent as a writer. He recalls sneaking into the computer room at NCC late one Sunday evening and working all through the night.

The resulting essay about “the psychological and emotional effects of getting knocked out” wound up being published in the New York Daily News. “Both my writing and acting [skills] were born at Northampton,” notes Bentt, 36.

After two years of living in Brodheadsville, Bentt was forced to move to Florida to care for his ailing father. After that, he wound up in upstate New York, where he continued to study acting.

Meanwhile, Shelton happened upon Bentt’s feature story in the New York Daily News. Through a mutual friend, the filmmaker and the fighter struck up a casual friendship.

When Bentt heard about “Ali,” he asked Shelton to put a good word in for him with director Mann. “I told Ron that I had to be a part of this project, somehow, some way,” recalls Bentt.

Before he left for his audition with Mann, Bentt did some research into Liston and discovered the boxer was a sharp dresser. “On my way to L.A., I stopped in Greenwich Village and picked up a vintage sharkskin suit, a short-brim fedora, a snappy shirt and a thin tie. When I met Michael Mann, he saw Liston.”

After being interviewed by the filmmaker, Bentt was taken to another room to meet Will Smith, who plays Cassius Clay, aka Muhammad Ali.

To hear Bentt tell it, learning to flight like Liston was his biggest challenge. “I felt like I was de-training myself because my style is so different from Liston’s,” notes Bent, who also served as Smith’s assistant boxing trainer.

“I was known as a counter-puncher while Liston was quite the figure of destruction. He was a seek-and-destroy, ask-no-questions kind of fighter. There was nothing fancy about him.”

Adds Mann, “Will and I were coming from a knowledge base of zero, but it was difficult for Michael, who has his own style and is a former WBO heavyweight champion, to abandon that style and abandon all of his reflexes and fight like Sonny Liston.

“We were asking him to the do the equivalent of splitting a micron, and he did it beautifully. He did a fantastic job.”

Bentt might not have fought like Liston but he understood what made the troubled boxer tick. “Liston was a sad, tortured soul. I felt a kinship for him.

“When I retired in ’94, I was lost. To truly embrace Liston, you have to come from a place that is bleak and dark. I was in that place, too. As a boxer, you identify yourself with how many fighters you knock out. That’s the basis for our existence.

“If you were knocked out in your last fight, you crave a sense of redemption. I never got a re-match. So acting became my platform of expression. And now, I’m not expressing Mike’s feelings anymore, I’m expressing the feelings of Michael Mann, Ron Shelton or Shakespeare.”

Now that Bentt has turned his life around, he hopes to continue as a performer. He recently signed a contract with manager Chuck Binder, who also represents Sharon Stone. And Bentt landed a role in Shelton’s “The Plague Season,” which is due in 2002.

“I always say Norman Roberts is the reason I’m out here today,” declares the boxer. “He planted the seed, and my yearning to be a better actor made that seed germinate.

“Norman was the one who instilled in me the sense of being an artist. He also gave me a sense of how seriously you have to take acting to succeed. It’s a lesson I carry with me every day.”

Wish fulfillment: Christmas came a little early for Danny Glover this year. In March the actor landed a role as Anjelica Huston’s suitor in “The Royal Tenenbaums,” a comedy co-starring Gene Hackman, Gwyneth Paltrow, Luke Wilson and Ben Stiller. The movie will open Friday at the County Theater in Doylestown.

For Glover, working with Huston was the fulfillment of a decades-long dream. “Years ago, I told Playboy that if there was anyone I could do a love scene with, it would be Anjelica Huston or Amy Madigan,” Glover says.

Glover opted to keep quiet about his crush during his kissing scenes with Huston. “I never told her about what I said to Playboy,” he laughs. “I’d have been too embarrassed.”

“Rings’ around the competition: The record-breaking, $18 million opening day receipts for “Lord of the Rings” didn’t come as a surprise to Viggo Mortensen, who plays Aragorn in the Middle-Earth epic.

As soon as he became involved in the project, he knew it had the makings of a classic. In fact, Mortensen became so devoted to his character — a warrior who helps protect the innocent hobbit Frodo Baggins (Elijah Wood) from evil forces — he forgot where Viggo ended and Aragorn began.

“I took my sword with me everywhere,” says Mortensen. “I remember one time a cop in New Zealand, where we were filming, stopped me because I was walking out of my apartment in the middle of the night carrying a huge sword. I guess it was an alarming sight, but I was just walking to work.”

And that’s not all. Mortensen actually slept in his suede costume for months, so it would resemble a real soldier’s rag-tag uniform. “I wasn’t leaving any stone unturned,” he says.

Amy Longsdorf is a Palmerton-based free-lance writer who doesn’t want to imagine a world without Preston Sturges, Judy Garland and Chow Yun-fat movies.